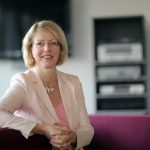 Susanne Boll is a Professor of Media Informatics and Multimedia Systems in the Department of Computing Science at the University of Oldenburg, in Germany. She is also a member of the executive board of the OFFIS–Institute for Information Technology in Oldenburg, an associated research institute of the University of Oldenburg. Her research interests lie in the field of multimedia and intelligent user interfaces. She teaches Interactive Systems and Interactive Multimedia in the Bachelor Programme in Computer Science and offers lectures and practical lab courses in HCI, Wearable Computing and Digital Fabrication in the Master Programme in Computer Science. Since recently Susanne Boll is also a co-founder of the new Master Programme in Computer Science „Engineering Socio-Technical Systems“. She is leading several national and international scientific projects with strong cooperation with research experts world wide. She head one of the few leading groups in Europe that works on mobile and ambient user interfaces exploring different novel modalities such as visual, auditory and tactile in pervasive displays. 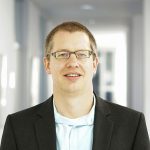 Since 2001 Wilko Heuten is a scientific researcher in computer science at OFFIS – Institute for Information Technology in Germany. His particular research interest is the design and development of multimodal, pervasive and peripheral non-screen interfaces to support persons in various situations. Overall, he has published with his co-authors more than 90 peer-reviewed publications on national and international conferences and journals. Wilko Heuten is active in reviewing articles and papers for top-rated HCI conferences and journals and is teaching HCI related lectures at University of Oldenburg. 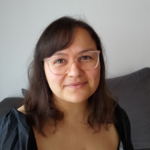 Dr Gözel Shakeri is a post-doctoral research associate in Human-Computer Interaction at the Carl Ossietzky University, Oldenburg. Her research interests focus on Sustainable Human-Computer Interaction (HCI), using behaviour change intervention science to create interfaces that support online shoppers in purchasing sustainable products. Her work has a strong experimental focus, applying multidisciplinary evidence to create rich, natural, and sustainable interaction between human and technology. Before joining Oldenburg, Gözel was a post-doctoral research associate at the School of Computing Science, University of Glasgow. There, she worked on the RadioMe project. Gözel defended her Ph.D. thesis titled Multimodal Feedback for Mid-air Gestures when Driving successfully in spring 2020.

Dr.-Ing. Heiko Müller is a research associate in the Media Informatics and Multimedia Systems group at Carl von Ossietzky University Oldenburg. After completing his PhD on “Ambient Light Displays for Temporal Information”, he spent 18 months doing research at the University of Lapland in Rovaniemi, Finland, as part of the EU-funded DecoChrom project.

As part of his work at the University of Oldenburg, he coordinates the DFG priority program 2199 “Scalable Interaction Paradigms for Pervasive Computing Environments”.

Heiko Müller has contributed to over 40 international publications. He has held various chairing positions at international conferences. He is a member of the GI and the ACM. 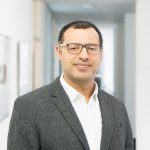 Larbi Abdenebaoui is a researcher in the field of digital media processing. Having a background in artificial intelligence, he is exploring the state of the art methods from deep-learning in order to perform content-based analysis of photos. The gained knowledge from this research are shared with the industrial partner CEWE but also with students in term of lectures at the university of Oldenburg. 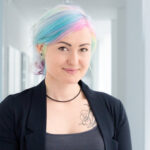 Vanessa Cobus is a postdoctoral researcher at the OFFIS – Institute for information technologies and a doctoral candidate in the Media Informatics and Multimedia Systems group at the University of Oldenburg in Germany, headed by Prof. Dr. Susanne Boll. Her research focuses on ux-design, wearable computing and especially designing wearable systems for health care. 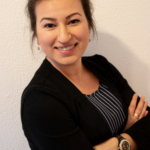 Ani Withöft is a research associate in the field of digital multimedia processing in the Interactive Systems group at OFFIS. She holds a Master’s degree from Carl von Ossietzky University Oldenburg in Engineering of Socio-Technical Systems with a specialization in Human-Computer Interaction.

She is currently working and investigating state-of-the-art Machine Learning technologies in the field of Multimedia in cooperation with the industrial partner CEWE. Using Deep Learning, her focus is on the aesthetic assessment and evaluation of images or collages with regard to content-based analysis. Her interdisciplinary background in psychology and computer science allows her to connect applied artificial intelligence with user-centered designs. In collaboration with the Media Informatics and Multimedia Systems Group at the University of Oldenburg, she enjoys teaching, supervising and consulting students in seminars and lectures. 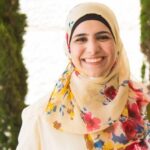 Saja Aljuneidi is a research assistant in the Interactive Systems group at OFFIS Institute for Information Technology in Oldenburg. She holds a master’s degree in the field of Human Computer Interaction from Siegen University in Germany, and a bachelor’s degree in Computer Science from Birzeit University in Palestine.

She is currently working on the ISSS.KOM project. Through this project, she aims to explore the potential of integrating voice-based intelligent self-service systems in public administrative processes (i.e., passport renewal), as well as the challenges and the reactions to such technology in such settings.

Tobias is a PhD student and research assistant at the University of Oldenburg, department for Media Informatics and Multimedia Systems. Here he received his M.Sc. in Engineering of Socio-Technical Systems in 2020. His research focus is on Gaze Tracking and Assistive Technologies. In particular, he investigates gaze-aware methods to support children in reading and reading acquisition. Furthermore, Tobias is active in teaching in the field of interactive systems. He teaches aspects of HCI, Scientific Practice and Mixed Reality and helped develop a concept for the distributed implementation of a hardware-related HCI lab, the Maker’s Lab. 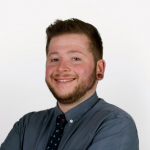 Sebastian is a PhD researcher with focus on virtual and augmented reality. He holds a master’s degree in medical systems engineering from the Otto-von-Guericke University Magdeburg with a focus in threedimensional interactions. He is currently member of the PIZ project, researching the use of the technologies in nursing simulation. Using virtual representations of stressors, he creates augmented training simulationsin VR for the intensive care context. Sebastian also develops VR environments to simulate the nursing laboratories at OFFIS. 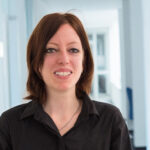 Jannike is a PhD researcher at the OFFIS with focus on support of time-critical workflows with virtual and augmented reality. She is researching the use of the technologies for workers in different production and assembly processes. Using mixed reality, she simulates time-critical and parallel tasks in different working environments to determine how such tasks influence the performance of workers in terms of working time, workload and error rate. Using various mixed reality simulations, she transfers everyday time-critical and parallel processes to possible assembly and production environments.

Simon is a PhD researcher focused on mixed reality and gamification. In collaboration withthe Future Lab for Society and Work he is researching motivational and emotionally uplifting methods to include in mixed reality applications for the health, industry and administration sectors. 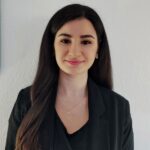 Hatice Şahin is a PhD student at the University of Oldenburg/Germany. She holds a MSc degree in Neurocognitive Psychology from the University of Oldenburg, BA degrees in Psychology and Translation Studies from Yeditepe University/Turkey. Her research focuses on the interaction between vulnerable road users and automated vehicles and prosocial behaviour in traffic. She is a member of Research Training Group Social Embeddedness of Autonomous Cyber Physical Systems” (SEAS). 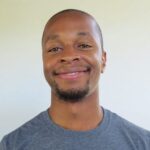 Michael is a PhD student and research assistant in Faculty II – Department of Computing Science at the University of Oldenburg. His research focuses on rich interactive materials for everyday objects in the home (RIME). The broad aim of RIME is to unlock the potential for rich interaction with ordinary materials in smart-home environments.

Michael has experience in software engineering, teaching, prototyping with Arduino kits and other similar platforms. He has additional transferable skills conducting research and fieldwork in environments atypical of ones computer scientists usually work in. 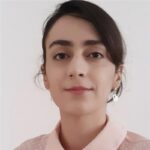 Masoumehsadat is a PhD student and research associate in the Department of Media Informatics and Multimedia Systems at the University of Oldenburg.

Her research is largely in the area of human-computer interaction with a particular focus on gesture technology for effective interaction with computer systems, from large public displays to personal mobile and wearable devices and gadgets. 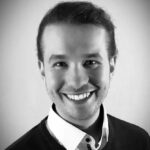 Simon is a PhD researcher at OFFIS investigating novel interaction possibilities and application areas of mixed reality. He holds a Master’s degree in Engineering of Socio-Technical Systems from the Carl von Ossietzky University Oldenburg.
At present, he is employed by the ZEIT project, researching the use of virtual reality as a communication tool for individuals receiving care in nursing homes and their relatives. Thereby, he extents the concept of solely visual multi-user virtual reality scenarios by incorporating additional modalities, in particular haptic stimuli. By doing so, he pursues the objective of creating more immersive virtual reality experiences through which deeper emotional connectedness can be shared among users. 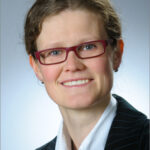 Carina Tschigor is a researcher at the Interactive Systems group at OFFIS. She holds a Diploma in medical engineering and a Diploma in computer science.
She is currently working on the AHOI-MINT project, which should set up a cluster of extracurricular activities in MINT for interested children. One of her tasks is to make the VR-labs at OFFIS accessable for virtual guided tours.

Daniel Küppers is working on the Health-X dataLOFT project. Health-X dataLoft focusses on putting the user in the center of controlling, using and sharing personal health data. To do so the project aims to create a highly secure cloud-based infrastructure that complies with European GAIA-X standards. Daniel is involved in the design and prototyping of several use cases that build on this new infrastructure. Daniel holds a Master’s degree in computer science. 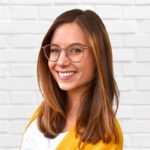 Frederike Jung is a researcher at the Interactive Systems group at OFFIS. She holds a Master’s degree in Engineering of Socio-Technical Systems.
She is currently working on the PANDIA project, creating multimodal visualizations to help users understand privacy policies and the use of their personal data. In order to make the topic of data protection more understandable and appealing, she incorporates possible users into the design process, exploring creative interaction methods, such as Augmented reality, Virtual Reality and gamification.
Because of her interdisciplinary background, her research interests also incorporate social robotics, anthropomorphism and human-robot interaction. 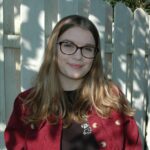 Ronja Krüger is the first to do a voluntary scientific year in the Media Informatics and Multimedia Systems group at the University of Oldenburg after graduating high-school.
Most of the time she is working on the educational project AHOI_MINT which aims to give young people in northern-western Lower Saxony the opportunity to engage in extracurricular STEM activities.  Besides that, she supports her colleagues with their work and wants to gain valuable experience in the research area for her upcoming computer science studies. 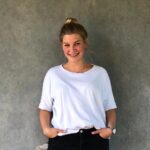 Sophie Grimme is a researcher at the Interactive Systems group at OFFIS. She holds a Master’s degree in Human Computer Interaction and is currently working on the HEALTH-X dataLoft project.  dataLoft  focusses on putting the user in the center of controlling, using and sharing their personal health data. In accordance with the GAIA-X standard, this project aims to create a cloud-based application. In order to do so, Sophie incorporates Human Centered Design methods to get a better understanding of the users and develop technology according to their needs.

Susanna Krämer is a researcher at the Society group at OFFIS and also works in part at the University of Oldenburg. Susanna holds a master’s degree in applied computer science. Currently she is working on the HEALTH-X dataLoft project and on the German-Israeli Foundation project. 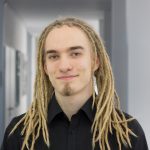 Kai von Holdt is currently working on the PANDIA project, creating multimodal visualizations to help users understand privacy policies and the use of their personal data. In order to make the topic of data protection more understandable and appealing, he incorporates possible users into the design process, exploring creative interaction methods, such as Augmented Reality, Virtual Reality and gamification.